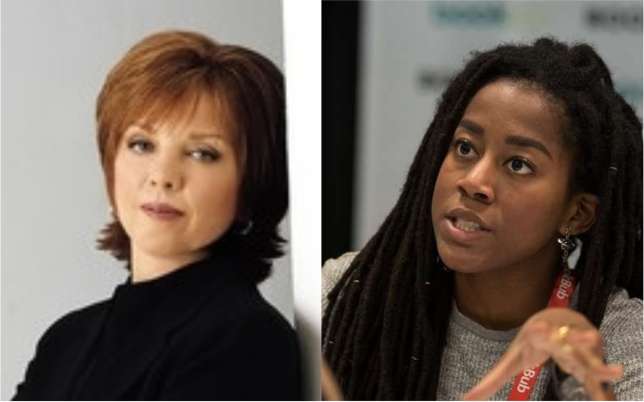 Something interesting happened on Twitter (The Drama Queen of Social Media) recently. It was a case character defamation, reputation management. We should be careful of what we say on social media. Verify facts and issues before rushing to post, tweet and share

On November 27th, 2018, Tomi Adeyemi used her Twitter account to accuse award-winning and accomplished writer, Nora Roberts of plagiarising the title of her book, Children of Blood and Bone.

All hell was let loose, the fire that was lit by Tomi Adeyemi started spreading like wildfire. Even though she apologized the next day, the damage has been done.

According to Nora Roberts “I had every intention of letting this go until the flames kept burning, until the attacks kept coming. And nothing was done by the person who lit the match to stop it. I don’t like taking my issues public. But I will stand up for myself. I will defend my integrity and my reputation and my work.”

Personally, I was amused when Nora Robert was accused of plagiarism by. A veteran writer with more than 225 romance novels, more than 11 screen adaptations of her novels, amassing more than 24 highly rated awards.

The response by Nora Roberts was epic. These are some of the excerpts

She said further, “By accusing me, in public, of attempting to ‘shamelessly profit’ off of her creativity, she incited her readers into attacking me–on her feed, then on my pages, then on the internet in general.

“She did nothing to stop this. I have been accused of theft, of trying to use this first time writer–whose book has been well received–for my own profit. To ride her coattails as I have no originality. This after more than thirty years in the business, more than two hundred books. I was accused of plagiarism–for a title–of stealing her ideas–though I had never heard of her book before this firestorm, have never read her book.”

“This is what happens when a reckless statement is made on social media. It becomes a monstrous lie that spreads and grows and escalates.”

“I don’t know this woman; she doesn’t know me. She lit the match, foolishly. Perhaps being young and new and so recently successful she doesn’t fully understand the relationship between a writer and her readers, or the power of an ugly insinuation posted on Twitter. But, God, you should know how tools work before you use them.

We should all take a lesson here. Think, then think again, before you post. Be sure of your facts before you take a shot at someone. Be prepared for the vicious fallout once you do.”

“Could you have dug a little deeper to check facts? Could you have contacted the person in question and had a conversation? In this case–writer to writer–could you have spoken to your publisher, your agent, about the fact that a title can’t be stolen in the first place?”

“Words have great power–to harm, to heal, to teach, to entertain. A writer, one who wants to forge a career with words, should understand that. And use them, as well as the tools at her disposal, wisely.”

Nora Roberts has said it all. We should be careful of what we say on social media.

Facebook Twitter Google+ LiveJournal Gmail Yahoo Mail reddit Like The job role social media manager is among the new jobs that were created along with the explosion of new media. Sometimes it is a confusing job description because some companies that claim to need social media managers don’t really have a full grasp of the […]

Facebook Twitter Google+ LiveJournal Gmail Yahoo Mail reddit Like Fake news, misinformation, disinformation, yellow journalism or whatever name it goes by has become a real threat in this age of new media. Historically, rumours and fabrication of lies have been peddled over the centuries by rumour merchants with the intent to deceive and manipulate people. […]